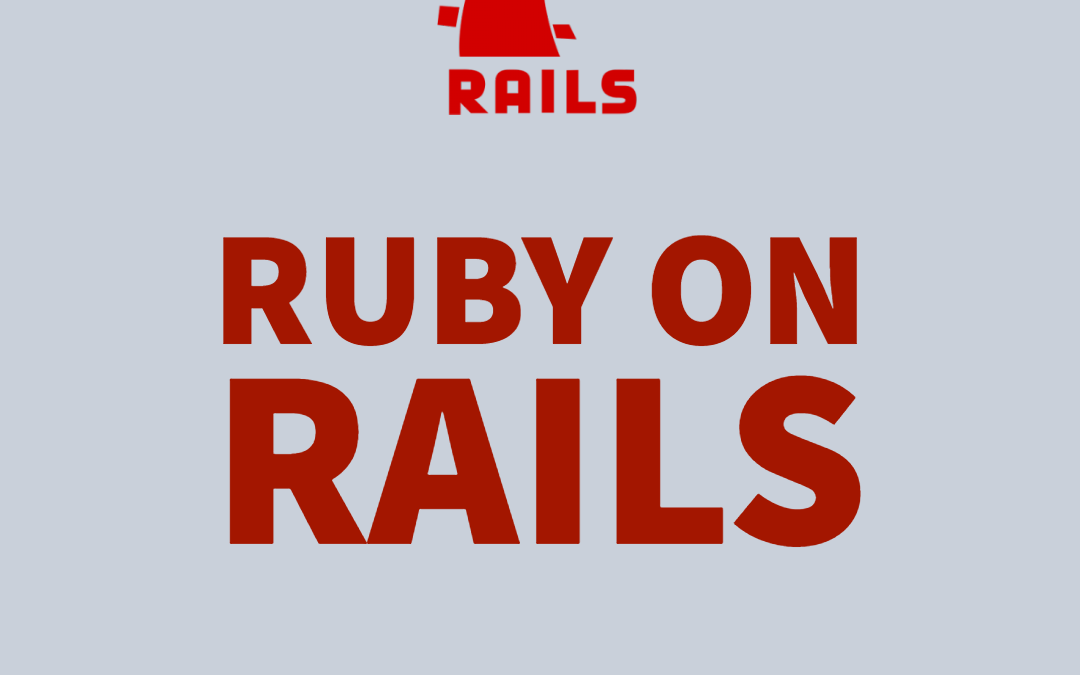 Introduction to Ruby on Rails

Have you been wondering how to build a web application? Perhaps you have started to learn programming languages but realizing that you had so much to climb the mountain and end up giving up. Or maybe you have been developing websites but it has been hard for you to maintain, keep track or upgrade your web application. In this article, we will learn about ruby on rails and the reasons behind using it as your backend development framework. I will also show you how to setup Ruby on Rails development environment and create a simple todo list application in few minutes with Ruby on Rails.

Getting to know Ruby on Rails

Okay, now we have a bit of history about Ruby programming language so let us talk ruby gems. Wait don’t get confessed yet, I am not talking about “a pink to blood-red colored gemstone”. What I talking about it is “a package manager for the Ruby programming language that provides a standard format for distributing Ruby programs and libraries, a tool designed to easily manage the installation of gems, and a server for distributing them”  that is conveniently named RubyGems.

Since we know that Ruby is a “human-friendly” programming language creating RubyGems was essential to making the language more powerful for a longer time.

Okay, know most probably you are wondering so what is it about Rails then?

In simple words, Rails is one of RubyGems. Rails is just a package that enables Ruby to run a webserver. So what is so special about it you might ask.

To begin with, Rails gem is not “only a package” but it is an entire framework for web development. Rails framework is built with the developers are in mind to keep the process of development as easy as it should be. It also has an easy learning curve compared to other frameworks.

Oh boy, we are going into a bit of detail here but don’t worry it will all make sense eventually.

Let start with, “Rails is a model-view-controller (MVC)” framework.

Wait hold your horses… “MVC” what is this a channel name, something like MTV?

Well, that would be awesome, but I am sorry; it is not a channel name.

“MVC is an architectural pattern that separates an application into three main logical components. Each of these components are built to handle specific development aspects for an application” -wiki

A simple animated illustration is shown on how Rails MVC work is shown below:

Why Rails? Well, I will give you the reasons and you can be the judge of “why not rails?”

1. The process of development is much faster

Due to the object-oriented nature of Ruby and the enormous collection of open source code available within the Rails community, Rails development process is much faster compare to other programming languages.

2. Developers find it easy to move between different Rails projects

As developers working in many projects, keeping track of what different project code doing could be hard. But not in rails because of each project your create uses the same structure and coding practices.

Because it is easy to accommodate changes, Rails is a great framework for rapid application development; were RAD is a methodology that prioritizes fast prototype releases and repetitions.

Because Rails is build using Ruby, it takes advantage of ruby’s readability. which makes rails easy to pick up by other developers with code that has less documentation.

5. Develops a strong focus on testing

Rails have a strong testing framework that can test your application before deployment and helps developers find bugs or security threads.

There are no licensing costs associated. Since Rails libraries are mostly open-source it is free to use for commercial uses, unlike other frameworks that have paid licensing.

Common concerns about ruby on rails

The support of hosting companies for Ruby on rails is not common. Comparing to PHP, javascript, Java, and C to Ruby, Ruby is a slow programming language. But it should not be a deal-breaker. With hosting providers like Heroku and EngineYard, you can deploy your application for the world to see in minutes.

Rails applications are not as fast as Java or C, which is true. it does not stop big companies to rely on Rails as their primary framework. Big companies such as Airbnb, Twitch, Kickstarter and many more. The majority of applications developed by Rails are fast enough. Although Ruby on Rails is not the fastest programming language.

Start by installing homebrew in your mac machine. To do so you have to run the following command in your terminal:

Now that we have Homebrew installed, we can use it to install Ruby.

We’re going to use rbenv to install and manage our Ruby versions.

To do this, run the following commands in your Terminal:

Installing Rails is as simple as running the following command in your terminal:

Rails is now installed, but in order for us to use the rails executable, we need to tell rbenv to see it:

And now we can verify Rails is installed:

Setting Up A Database for macOS Searia

Rails ships with sqlite3 as the default database. Chances are you won’t want to use it because it’s stored as a simple file on disk. You’ll probably want something more robust like MySQL or PostgreSQL; but for our purposes, we will only need a simple setup to get started.

Because we can’t use the built-in sqlite3 version with macOS Sierra without running into some troubles, we’re going to install from homebrew.

To install Ruby for windows, you can go download the ruby installer and install it like any other application

Once you installed ruby go ahead and open the command prompt. to confirm ruby successfully installation you can type the following command

once you installed Rails, you can verify by typing the following:

After installing Ruby on Rails we can start with creating a simple application to see how fast and easy it is to make solid applications using Rails. open your terminal/command line then navigate to where you want to create your project using cd command for example cd Desktop/

to create a new rails project you can type the following command:

For our example, we are going to make a simple todo list application so if you want to follow along with type the following code instead:

Creating a Database for Your Rails Appliaction

Then press enter and wait for the magic to happen. once rails finish generating your todo application you have to navigate to the newly created project folder:

After run the rails server you can open a new browser window and load http://localhost:3000/ to view your newly created rails application.

Okay, you have come through so far. now we have a todo list app created and our server is loading the rails default page.

will now let us make it our own and change it to our needs.

doesn’t that sound a lot todo? Well, it is a lot to do for creating a simple app like this! But not with Rails.

you can use two commands to do all of this for you.

and yes that is it you have created your first todo list application using rails.

then go to http://localhost:3000/lists and test it yourself.

now when you go to http://localhost:3000/ you still have the default rails page to get rid of it you should define a route to your application.

or just open the project folder with any text editor you currently have.

then navigate to config > routes as shown in the screenshot below:

once you open the file you can add the following :

your routes file code should look something list this:

If you are following along, you have created an ugly todo list application, isn’t that an ugly-looking application. well, you can add a quick styling with bootstrap rails gem.

let’s rollback and start over. wait, start over ? yeah I said it. Rails can rollback without any issues but you have to do it in the current order.

First, let’s start with the database, we need to delete the table we have created. use the following command:

Next, delete the files that our scaffold created:

done, we are back to zero.

First, we need to add Rails gems if you still remember what is gems rails gems do. okay, we already talk about gems in getting to know Ruby on Rails.

To add rails gems we have to open the gems file, you will find it the root directory of your application. “Gemfile”

After the gems bundle is installed, you need to replace the default scaffold view template to the bootstrap view templates. todo so you can run the following command:

the terminal might ask you if you want to replace some files, you can just type yes then press enter. once you done running the command you are ready to create a sexy looking todo list application.

well, we have done this already,

and yes that is it you have created your sexy todo list application using rails.

run the server and look at that

what a great looking todo list app, in few mins without writing a single line of code.

Great, it is a Wrap!

That is great, you have reached the end of this article. well done. so we have covered the following topic

At the end of the day, Rails is a strong framework and learning it will ensure greater success in your career.

You can find the code for this article in GitHub